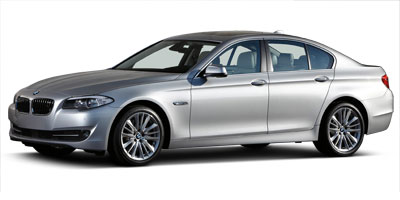 Following a significant redesign last year, the BMW 5-series enters 2012 largely unchanged, though the 528i replaces its inline-6 with a turbocharged 2.0L 4-cylinder, which produces 240 horsepower and 260 pound-feet of torque. The unit is mated to an 8-speed automatic. BMW xDrive is also now available on the 528i.