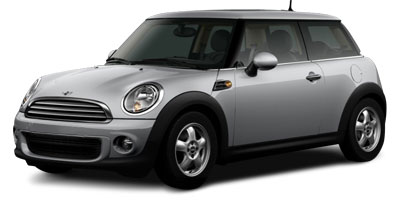 MINI has upped power output from its pair of engines. The Cooper's 1.6L 4-cylinder now produces 121 hp, while the turbocharged Cooper S ups its power to 181 hp. The S now includes an overboost function, which increases torque momentarily from 177 lb-feet to 192 lb-feet. All MINI models receive updated styling to the front and rear, with new bumpers, fog lights, and taillights. Xenon headlights are now optional. Inside, previously silver trim pieces are now matte black and HD radio and a one-year subscription to satellite radio are now standard.